What is GM food and why do we need to know about it?‏ 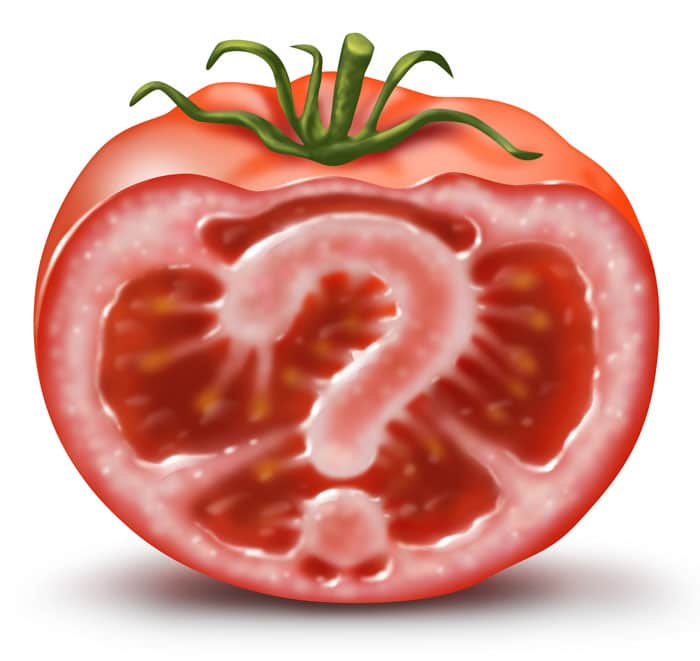 The recent Mercola article “Genetic Fallacy:  How Pesticide Companies Silence Scientific Dissent” contains a 12-minute video by a journalist, John Corbett, which gives a chilling summary of the state of scientific research, particularly in relation to the conduct of research in the GM field. “Corbett discusses the case of Gilles-Eric Séralini and colleagues; French researchers who, in 2012, published the first-ever lifetime feeding study assessing the health risks of genetically engineered (GE) Roundup Ready corn (NK603). The findings, published in Elsevier’s peer-reviewed journal Food and Chemical Toxicology, were a bombshell. “Rats fed a type of genetically engineered corn that is prevalent in the US food supply for two years developed massive mammary tumors, kidney and liver damage, and other serious health problems, including early death. Some of the tumors weighed in at 25 percent of the rat’s total body weight. “The longest industry-led feeding study was 90 days long—a far cry from two years. Of utmost importance, Séralini’s study showed that the major onslaught of diseases really set in during the 13th month of the experiment, although tumors and severe liver and kidney damage did emerge as early as four months in males, and seven months for females.” ( Warning:  there are pictures of shocking tumours in the rats.) This article also discusses the retraction of that paper … “In November 2013, the publisher (Elsevier) retracted the Séralini study saying it “did not meet scientific standards.” However, despite having been reviewed by twice the typical number of referees prior to publication, and having undergone what the publisher called “an intense year-long review” after publication, it wasn’t retracted due to errors, fraud, or even the slightest misrepresentation of data. It was retracted because the publisher deemed the findings inconclusive. “The thing is, inconclusiveness of findings is not a valid ground for retraction. According to the guidelines for scientific retractions set out by the Committee on Publication Ethics (COPE), the only grounds for a retraction are either clear evidence that the findings are unreliable due to misconduct (data fabrication) or honest error, plagiarism or redundant publication, and/or unethical research. “The reason for the retraction is so ludicrously flimsy, it’s virtually impossible to conclude that Séralini’s paper was retracted for any other reason than the fact that it seriously disrupted the status quo, which is that genetically modified organisms (GMOs) and genetically engineered (GE) foods are safe and nutritionally equivalent to its non-GMO counterparts.” There is an increasing amount of information regarding GM foods and how they might affect us and our environment.  However, these discussions are noticably absent from our mainstream media channels.  As this article points out … “Ever since the introduction of genetically engineered seeds about 20 years ago, the market for these chemical-dependent crops have spawned a multibillion dollar industry. Funding for the development of more GE crop varieties has come primarily from the privately-owned pesticide industry itself.  Over the last 15 years, conflicts of interest within science have exponentially increased, and at this point, it’s blatantly obvious that financial conflicts of interest play a major role when it comes to what research is done – what gets published, and what doesn’t. “Researchers like Séralini and Hayes are not welcome in a system like this, as the funders of research are really not interested in real science. Their ultimate aim is to use science to further their own agenda, which is to sell patented seeds and chemicals. Studies that cast doubt on the soundness of their business model are simply buried and ignored. Funding plays such an important role in determining the outcome of a study, you’d be wise to investigate who wrote the check before accepting anything you read in the scientific literature. As revealed in a 2011 study published in the journal Food Policy:  “In a study involving 94 articles selected through objective criteria, it was found that the existence of either financial or professional conflict of interest was associated to study outcomes that cast genetically modified products in a favorable light. While financial conflict of interest alone did not correlate with research results, a strong association was found between author affiliation to industry (professional conflict of interest) and study outcome.” Please click the link below to read the full article, with sources and references: http://articles.mercola.com/sites/articles/archive/2014/02/15/silencing-scientific-dissents.aspx?e_cid=20140215Z3_PRNL_art_1&utm_source=prmrnl&utm_medium=email&utm_content=art1&utm_campaign=20140215Z3&et_cid=DM39375&et_rid=427896592 More and more ingredients in food and supplements in our supermarkets are GM.  According to the Victorian Government Better Health Channel website “…Many foods on supermarket shelves contain imported GM ingredients. ” Furthermore, it states: “The main sources of GM foods in Australia are: Please click the link below for the Better Health Channel site: https://www.betterhealth.vic.gov.au/health/healthyliving/food-genetically-modified-gm GM corn is often used as a sweetener called high-fructose corn syrup – HFCS).  The soy which is used in baby formula and nutritional supplements will possibly be GM, unless otherwise specified, and unfortunately, is usually an indicator of the quality of that supplement. So, why do we need to know about genetic modification of our food?  The more you know about what GM is and what implications it might have for your health, the better informed decisions you can make with regard to what you buy and eat. Here are a few links which might be of interest, both local and overseas on what communities are doing in relation to GM crops. Tasmania has had a moratorium on GMOs for 10 years and has recently chosen to extend the ban indefinitely: http://www.themercury.com.au/news/tasmania/wait-for-fate-of-states-gmo-status/story-fnj4f7k1-1226797942919 http://www.abc.net.au/news/2014-01-09/tasmania27s-gmo-ban-extended-indefinitely/5192112 Hawaii’s large island has passed a law banning GMOs: http://www.huffingtonpost.com/2013/12/05/big-island-biotech-ban_n_4395521.html

My aim is to promote true health and well-being which enables you to lead a more fulfilling and better quality of life on every level – physically, mentally, and spiritually.

Consultations are available in person or by telephone or Skype.